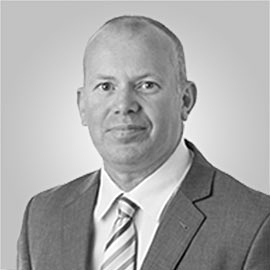 Andrew is Managing Director and Founder of Civil & Commercial. He has overall responsibility for the management of the teams in London, Liverpool, Manchester and Bristol.

Andrew has over 20 years’ experience in dealing with contentious costs, is instructed in all areas of commercial litigation, and in particular intellectual property related issues. He specialises in advocacy on applications for assessment under the Solicitors Act and those with complex legal argument and appeals as well as Detailed Assessment Hearings in all Courts.

Andrew has been involved in many substantial commercial cases, the largest being the claim for costs of a contract dispute in the Cayman Islands (costs claimed c. $40 million), a claim for costs on behalf of a successful Defendant to a multi-million pound action for fraud by an international bank (costs claimed c £5 million) and a further international fraud claim which was described by the Judge on a costs appeal as one of the most substantial pieces of litigation of our time (costs claimed c £4 million).

He has been involved also in a number of significantly high value Conditional Fee claims, the most notable being an employer’s liability claim brought by the families of a group of engineers who were kidnapped and executed in Chechnya; and a claim for personal injury by a Premier League footballer against an opposing player and club in which the Claimant alleged that the Defendant had tackled him with malicious intent and the injury sustained had ended his career. Costs in both cases were in the region of £1 million.

Andrew has appeared at all levels from County Courts across the Country to the House of Lords (now the Supreme Court) and has rights of audience as a Costs Lawyer. Andrew has also advised in many reported and ground breaking cases including those defining the powers of the Costs Officer, the ambit of disclosure of documents in assessment proceedings and the timing of appeals from costs judges.

Andrew also has considerable experience in the provision of expert evidence on costs related issues. He is Accredited by the Association of Costs Lawyers as an Accredited Trainer and is an Accredited Mediator.

Outside of the office Andrew enjoys spending time with his children, competing his horses, cycling, the occasional game of golf and when there is nothing else to do he can be found with his sons occupying his seat at Norwich City Football Club. 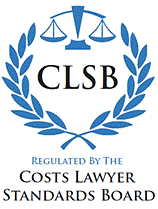 This website uses cookies to improve your experience while you navigate through the website. Out of these, the cookies that are categorized as necessary are stored on your browser as they are essential for the working of basic functionalities of the website. We also use third-party cookies that help us analyze and understand how you use this website. These cookies will be stored in your browser only with your consent. You also have the option to opt-out of these cookies. But opting out of some of these cookies may affect your browsing experience.
Necessary Always Enabled

Performance cookies are used to understand and analyze the key performance indexes of the website which helps in delivering a better user experience for the visitors.

Analytical cookies are used to understand how visitors interact with the website. These cookies help provide information on metrics the number of visitors, bounce rate, traffic source, etc.

Advertisement cookies are used to provide visitors with relevant ads and marketing campaigns. These cookies track visitors across websites and collect information to provide customized ads.

Other uncategorized cookies are those that are being analyzed and have not been classified into a category as yet.

SAVE & ACCEPT
Go to Top